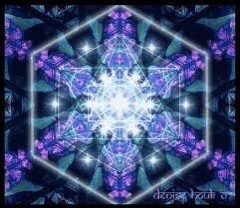 “The spiritual orientation is rooted in the revelation or the perception that there’s only right here and right now.”

So if you look at it from that standpoint, the past doesn’t actually create the present even though it seems like the past is what gives us our present experience, which conditions the way we see life. There’s actually another way to see it, and that’s what the spiritual orientation is. The spiritual orientation is rooted in the revelation or the perception that there’s only right here and right now. And even deeper than that is that everything you think and feel and experience right here and right now is not actually the outcome of the past. It’s actually the spontaneous bursting into existence of the present. In a way it’s uncaused.

We’re taught to view life through the orientation that the past creates the present. The “here and now” orientation doesn’t seem to make a lot of sense. And yet, not only in the realm of spirituality, but also in the realm of science and quantum mechanics, we start to see that life actually bursts forth uncaused, seemingly out of nowhere, seemingly out of nothingness. This is what some of our physics and physicists have observed, that the smallest particles of matter actually seem to burst out of nowhere, out of nothingness, and on an even more perplexing level, that our observation of life is what actually brings life into being.

This is really the deeper meaning of “spontaneous.” Spontaneity means uncaused. It’s not following the laws of causation. At the subatomic level, nothing happens until it’s observed, and as soon as something is observed, the observation itself is what brings it into being. So the observation and what is being observed actually arise spontaneously together.

If you enjoyed this article, please share it with others >